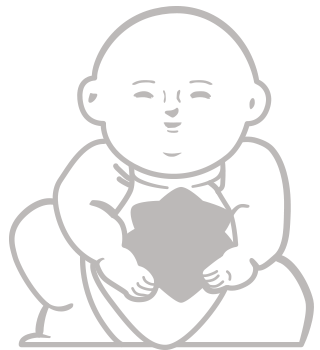 Princess Kazunomiya, a daughter of Emperor Ninko, was married to the Shogun Iemochi Tokugawa as part of the official reconciliation of the Imperial Court and the Shogunate. During the period of the Meiji restoration, Princess Kazunomiya contributed greatly to the peaceful surrender of Edo Castle to avoid civil war in Edo (present-day Tokyo).

When she visited Hokyo-ji in her childhood, she often enjoyed playing in the Garden of the Crane and Tortoise, and engaged in such games as sugoroku (Japanese board game played with dice) and kai-awase (a game of pairing clamshells) with high-ranking young female attendants.

When Sanehisa Hashimoto, her grandfather on her mother’s side, passed away, she stayed at Hokyoji, frequently chanting Buddhist sutras with her female attendants

Because of this, many articles from the Imperial Palace associated with Princess Kazunomiya, including picture scrolls, were bestowed upon Hokyo-ji.